15 листопада 2019 16:33:11     provinciya.net
Anxiety is mounting in Moscow over the threat of a halt to Russian gas transit to the EU via Ukraine as the fateful date of December 31 is approaching. A striking marker of these concerns was the statement made in Brazil by Russian President Vladimir Putin that Moscow could coordinate gas supplies with Kyiv at a “very attractive” discount.
Answering journalists’ questions following the BRICS summit in Brazil, Putin said: “We’ve talked numerous times as to whether there are threats or not about the suspension of transit. We are ready to work with Ukraine to have our gas transmitted to Europe and delivered to Ukraine, too. Moreover, prices could be lower than those at which Ukraine receives Russian gas, but as if by reverse flows from Europe … But we said that if we supply directly, we can reduce the price by 25%.”
Actually, the Russian president has directly joined the fight for transit, announcing “attractive” discounts and “heavenly manna” for Ukraine. But, as you know, trusting Putin is disrespecting yourself, although there are many other reasons not to trust not only such proposals (the Kremlin has always been distinguished by the uniqueness of its selective gas pricing), but also Russia’s vows to ensure gas supplies bypassing Ukraine.
First of all, announcing the launch of two gas pipelines bypassing Ukraine – Nord Stream 2 and Turk Stream, which will ensure deliveries without the need for transit via our GTS, is disingenuous, to put it mildly, and here’s why.
Firstly, Nord Stream 2 is unlikely to be launched before the end of this year. Starting a gas pipeline is not like starting a car. It must be preceded by a large number of tests and checks. Given the high accident rate at almost all Russian construction sites, I don’t rule out the scenario where everything won’t go so smoothly with Nord Stream 2.
But even if it passes the initial start protocol and the tests turn out to be okay, they will not immediately reach the significant volumes of gas flow through the pipeline. The volume will increase gradually, so as not to exert stressful pressure on the pipe and the entire infrastructure as a whole.
Thus, Nord Stream 2 will not work at full capacity even six months after it’s launched. And given the European energy directives, it is unlikely to even work at more than 50% of its capacity.
Secondly, recalling the Turk Stream in their reports, Russian experts for some reason take into account its capacity in conjunction with the entire gas transmission network supplying gas to the EU, but forgetting to mention that TS has no direct access to Europe.
Today, this pipeline ends its journey in mainland Turkey, while its connection to European countries, even if the later wish to connect, will face the same sanction barrier as the South Stream that has sunk into oblivion.
And therefore it is not surprising that Putin in Brazil is giving away discounts on gas supplies, without which Ukraine has been doing quite well since 2014. The Russian media and experts are disseminating a fake assumption that even without a Ukraine transit contract, everything will be fine with their deliveries to Europe thanks to Nord Stream 2 and Turk Stream. But it won’t, and they are perfectly aware of this.
In the coming months, we’ll see a significant increase in disinformation flows aimed to catalyze the hype and possibly even provoke social instability and unrest, which would put pressure on the adoption by Ukraine of an unfavorable decision.
Читайте так же в Telegram https://t.me/zloyodessit 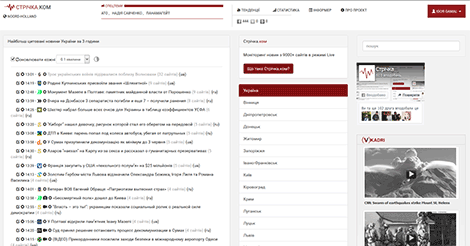